Red Dead Redemption 2 was a unique title to play and review as I have not played the original. Therefore it was harder getting started not knowing how ‘rough’ to expect this game to be. But over time after growing accustomed to everything, it’s a really good game.

Rockstar is no stranger to great games. Manhunt, Max Payne, Grand Theft Auto, Midnight Club, etc. They not only make fun games but they make games that push boundaries with humor, politics, violence, and graphic content. I mean, this is basically grand theft palomino but Yeehaw it is fun! 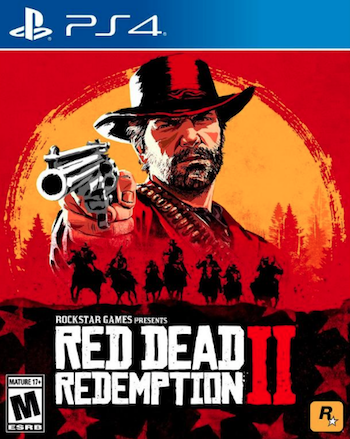 You’re roughing it as a cowboy gangster in the late 1800s. Your decisions and attitude will shape parts of the game. Including your ending. While I was deeply disappointed and sad in my ending, it was a fantastic journey to get there. I was the kindest robber you’d ever meet. A Killer with a big heart. An outlaw with a conscious. A criminal who became a damned good bounty hunter. Red Dead Redemption 2 gives you that flexibility to change your gameplay experience. Get caught? No problem, lay low, go see your barber and a tailor. It’s quite fun.

Loyalty, betrayal. Death and life. Love and breakups. This game has a variety of people that are super easy to hate (I’m looking at you Micah Bell) to super easy to love. In my case, I loved a lot of characters. Charles, John, Saddie, Authur, Mary just to name a few. Thought some side quest characters were awful, some were awesome. Even that crazy pig farming cannibal.

I give Red Dead Redemption 2 Characters a 5 / 5

It took a while to get used to but the controls started to make sense after an hour or so. The difficulty level starts out almost overly challenging but gets better as you go through the game. Adjusting your weight in preparation for fights is a strategy I wished I figured out earlier. Same for my horse. My $2,000 horse that got killed. No, it doesn’t respawn. Fishing and hunting challenges are tough. Most of them I didn’t complete. Although I didn’t find all of the legendary animals, those fights were awesome. It was pretty neat to have to rely on cooking, crafting, trading, and buying your way through survival. I just wished more was explained to you. That’s why you DEFINITELY need 2 playthroughs. The side quests had a lot of grinding and could be boring, but the storyline was really good. It was annoying to need to feed the camp and pay for upgrades but robbing a few carriages will take care of that.

The Gameplay of Red Dead Redemption 2 gets a 4 / 5

Another really attractive game. I love open-world games filled with crisp colors and sharp details. So many aspects of this game feel very real. From the visuals to the gameplay itself. The graphics helped immerse you in a world that felt overly realistic at times. In this case, that was a great thing. 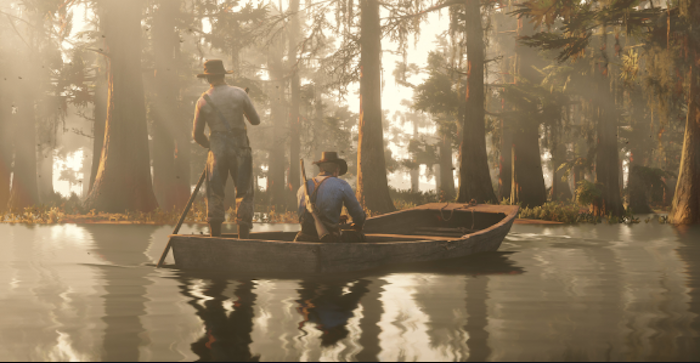 When you play any game in the beginning months, you’re going to have issues. I haven’t played after the bulk of the patches have arrived, but I’m due for another playthrough soon. I had a heck of a time with glitching in this game. Frequently my pelts were stuck including legendary ones. I had quite a few issues with fishing, crafting, and other silly meme-worthy moments as well. I wouldn’t say the pelt issue ruins the gameplay does it does really affect it.

Performance of Red Dead Redemption 2 gets a score of 3.5 / 5

This was a good game. A certain contender for one of the better games of an amazing year in gaming. Some of my favorite titles have come out this year and this one has a special place in my heart. I still like GTA V more but hey, let’s compare. Authur and John are awesome but Frankling and Trevor take the cake. What did you think of Red Dead Redemption 2? Let’s connect on Twitter or Instagram and message me your thoughts on the game.