PS4 Sounds Like A Jet Engine? – Here’s Your Fix

PS4 sounds like a jet engine? We were lead to believe by Sony this could be normal, but it isn’t. There’s also nothing wrong with this sound, it simply means your fans are clogged, and it’s an easy fix. You should hear a mild whirring when the game is processing high frame rates. I think Sony thought we were exaggerating the intensity of the noise but we weren’t. We just let too much dust get in the way.

On the left and right-hand sides of your PS4 are slatted rails. These rails have dozens of cutouts in them. Those openings pull air from around the unit into the CPU to cool the system as part of the cooling unit. You’ll hear the fan kick on but when these openings are blocked, or the air supply is cut off, the system will sound like a jet engine as it strains to get proper ventilation.

There are 2 easy fixes here. Canned Air or a soft tip brush.

Using the canned air, blow in small bursts from the front of the rails to the back. Don’t blow sideways into the base of the system as you’ll push more debris inside the unit with the force of the air. So lightly blow the dust out of the back of the channel and away from the openings.

Using a soft tip makeup fan brush, you can just lightly brush the dust side out of the back of the channel and away from the openings. E.L.F. sells a brush that works awesome for a buck at Target.

That’s it! That’s all it takes to keep your PS4 from sounding like a jet engine.

In addition to having an additional USB cooling fan, it’s important to leave your PS4 in an area that has enough room to allow adequate ventilation and air flow. If you keep it in the cabinet of your entertainment center, keep the door open while you play to allow for better circulation. 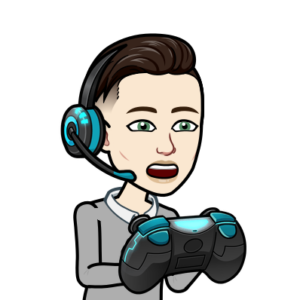