I know, I know. A TIE! I tried to whittle it down and compare scores but 2018 was one of the best years in gaming. I couldn’t pick just one of the two titles I thought were most epic. If you’re wondering what this tied with, it was Assasin’s Creed: Odyssey. Both this game and that was quite controversial but damn are they good!

I was looking forward to this game for 3 years. As a huge fan of Quantic Dream, I knew what to expect. ‘Indigo Prophecies’, ‘Heavy Rain’, ‘Beyond 2 Souls’ were all really great in my book. I am a huge fan of true RPGs and heavy story branching. This was an exceptional game! So. Damned. Good. It’s rare that you can enjoy a game where you aren’t focused on button pushing but rather decision making. There are SO many ways you can play and end this story. I’ve done 5 playthroughs and I’m not close to trying everything I want to. 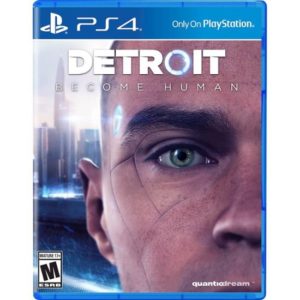 Well, this really depends on how you chose to play. Having played through many times, watched others play, I can say this is a true RPG. The story never really disappoints because you truly are changing the story. There are so many arcs. So many possibilities. I often ask other people to play to see how their story goes. Friends of mine and gamers online have gotten outcomes I never thought of. And it only makes me eager to try those things and much more. You truly have a complete choice in this game. Well, 99% choice. That’s rare. And it’s incredible.

Detroit: Become Human story gets a score of 5 / 5

I very much enjoyed the characters. While most people love Conner, and I do, I really love the dynamic of Alice, Kara, and Luther. I liked Marcus, but North really got my attention. She made me want to play as a villain. While a lot of the story is politically charged, these characters really make you emotional. They make you fall in love with them. There were certain decisions I made for the point of seeing new storylines that were HARD to make. HARD! Poor little Alice. Sacrificing Jerry. Not saving people. Sacrificing yourself multiple times. Hank…Oh my, Hank. I feel so much for this game and its characters.

I give Detroit: Become Human Characters a 5 / 5 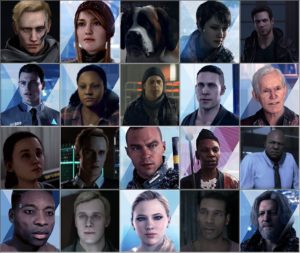 While the gameplay is good, the camera angles can get wonky. The cut scenes are brilliant and fun to watch. It’s the actual gameplay that can get a little tedious. It isn’t bad but I’ve missed things from the weird views that sometimes happen. The mechanics are decent. It’s important to note that the mechanics aren’t the main purpose of the game but there were times I felt like I was driving a school bus-sized tricycle. It just felt awkward at times. But the actual gameplay, decision making, and overall arc possibilities were fantastic. Top notch RPG.

The gameplay of Detroit: Become Human gets a 4 / 5

It’s a very beautiful game. The characters are rich in their features and movement. The futuristic world actually seems reasonable. The digital magazines, the design concepts. It flowed. I found a lot of enjoyment out of how much detail was in each and every part of the game design. I hope Quantic Dream is in works for the next next-gen system.

Detroit: Become Human Graphics gets a 5 / 5 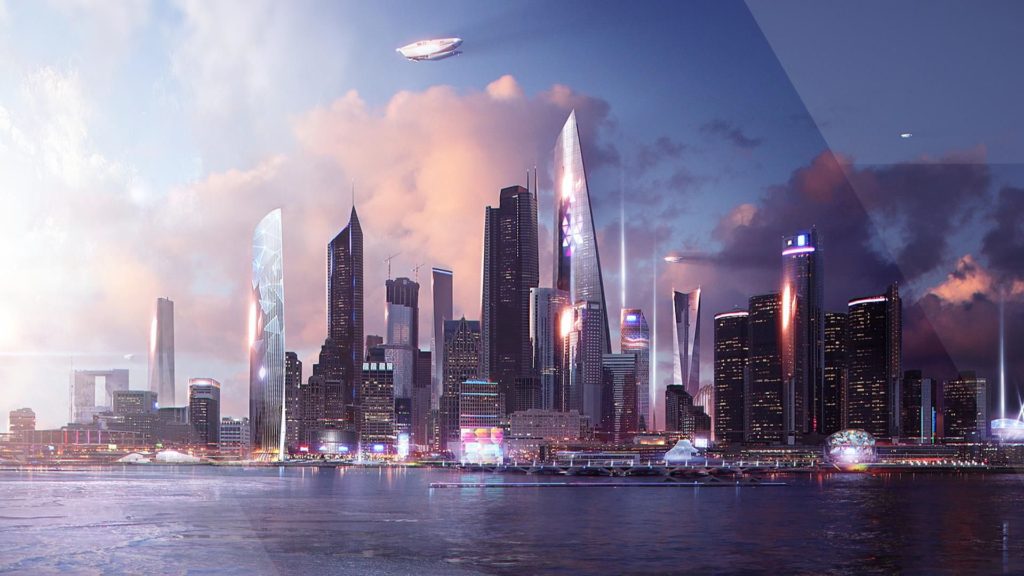 I had no issues with gameplay. No lagging or freezing issues. Some of the bad mechanics come into play but overall, no major complaints. No strange glitches. Only Bethesda manages to have so many faulty RPG segments it appears.

Performance of Detroit: Become Human gets a score of 4.8 / 5

Other games that I thought were really great in 2018:

Thanks for reading! Let me know what your favorite game was. For more, let’s connect on Instagram and you can share your gaming stories and more with me